The sidewalk of Telegraph Avenue in front of Amoeba Records and Zebra Tattoos is a great location for sketching.  I found a sandwich shop with bar seating that faced the street.  I ordered up some lunch and set about capturing the midday sun and scene on paper.  The light and shadows seemed to transform the already vibrant colors of the storefronts.  While sketching, I observed people coming and going.  Some were just too fast for my pencil.  Others, however, were not.  I was able to sketch the people that hovered about without any apparent purpose.  Some appeared to just pause for a cigarette break while others had made the sidewalk their camp for the day.  (Read more at Urban Sketchers SF Bay Area) 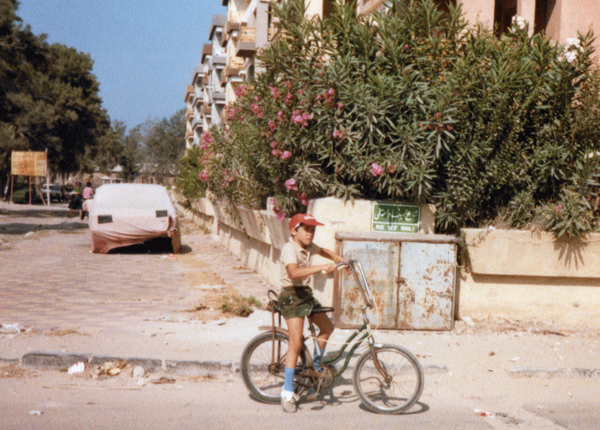 An excerpt from my latest blog post for the Beacon Broadside (courtesy of Beacon Press), an online venue for essays, news items, and dispatches from respected writers, thinkers, and activists about our times.

“The last time Ramadan and the World Cup crossed paths was in 1986 and 1982 respectively. I’ll never forget the summer of 1982. I was in Egypt, visiting my father’s family on a much-delayed bereavement trip. My father had died of cardiac arrest in October of 1981. We buried him in a Muslim cemetery in Houston, Texas and had to wait eight months before we could visit our relatives in Cairo. Those eight months were tough on me, a nine-year-old boy who just lost his father, soccer coach, and mentor.”

When I first arrived at UC Berkeley in 1997, I entered from one of the most unlikely entrances on campus, the steps on Bancroft Way that led me to the Hearst Gymnasium and Barrows Hall.  A few days ago, I decided to return to those steps and just look back at the street and observe the activity.  Not much has changed.  The facades of the retail shops remain unchanged.  The flower vendor left a few years ago and a “For Lease” sign sits in his place.  A “Street Spirit” vendor found some shade on the bench where the flowers were once sold and offered his newspapers to passers by.  I sat down on the steps next to one of the classical revival urns that surrounded the Hearst Gymnasium.  I sketched as the urn’s lion gargoyle gazed out onto the street almost in a protective manner over the “Street Spirit” vendor.

The Street Spirit of Bancroft Way

I took this photo on a trip to France in 2004.  I thought I took a color version as well, but when I returned home, I couldn’t find one.  Now, ten years later, I find myself obsessively wanting to remember the place in color as I had experienced it.  So I did the next best thing, I painted it in color as I remembered it.

My latest urban sketch of the construction work at UC Berkeley. (read more)

A quick sketch I did in front of the UC Berkeley Faculty Club for my first post on the SF Bay Area Urban Sketchers blog.  I had hoped for some people to show up, but summer time is quite slow around the University.

The Faculty Club has been around since 1902 and is a wonderful place to grab lunch or have drinks after class (or work).  I’ve even attended a lovely wedding (several years ago) that was hosted on the lawn shown in the sketch.

If you get a chance to view The Club from the inside, you’ll immediately note the precious craftsman design of Bernard Maybeck that is also seen throughout the historic homes of the area. It’s definitely one of the best examples (that I’ve seen) of this type of warm personal architecture.

Read more about it at http://www.berkeleyfacultyclub.com/

Have a real conversation with Dad.  Give him Salaam, Love: American Muslim Men on Love, Sex, and Intimacy for Father’s Day 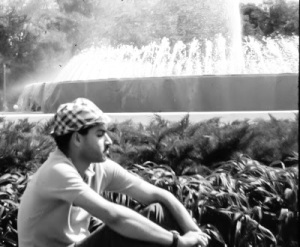 Ever wonder what your father was thinking?